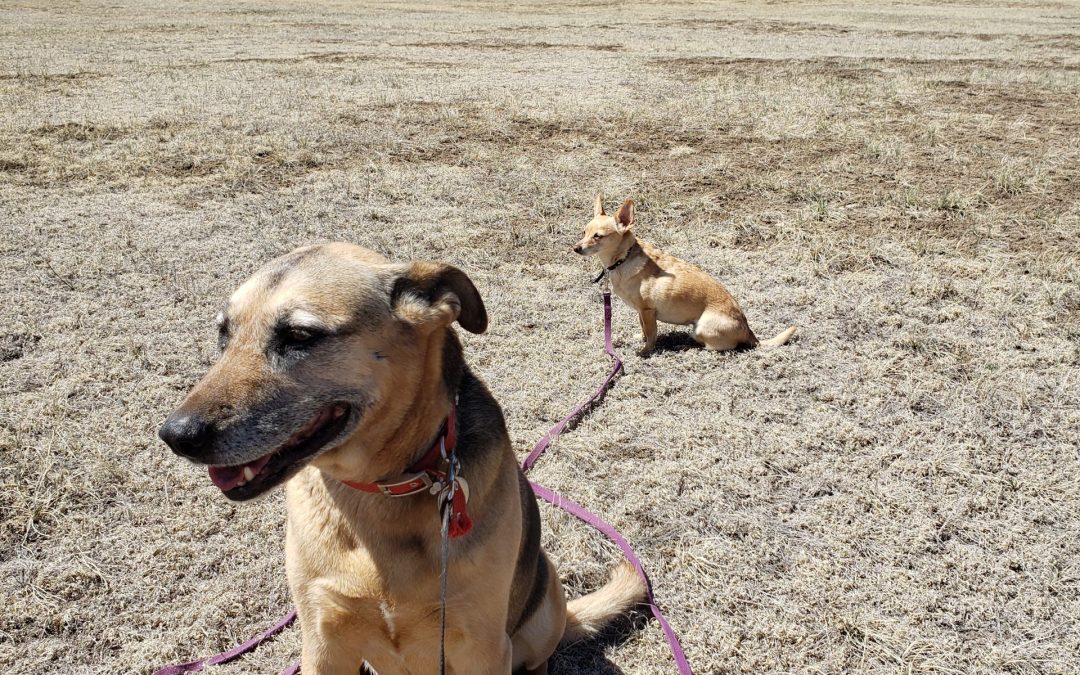 This post is part of the New Mexico State Park Series

Check back for these and more - COMING SOON!

My dad was the very manly man type, though he did have his softer side too. He taught me to fish, to camp and to love the outdoors. He also taught me to change a tire and made sure I could do it on my own before he let me start driving. I’m quite sure he instilled in me my love for cooking. R’s dad is the polar opposite of my dad. There are some things I simply cannot picture him doing: Camping, being outside, fixing a car, fishing. He has many other awesome and amazing attributes, but, the former are not among them.

There is a reason that I am writing this. Last summer, soon after pandemic started and I made my goal to visit all of the state parks in New Mexico, I found out that R’s dad made a daytrip to Storrie Lake State Park. Color me surprised! I guess I was wrong about him not being the outdoorsy type. He told us that it was a short drive (it’s about 2 hours from Albuquerque) and lovely weather to read and sit! Sitting by a lake or river or stream and reading a book is very high on my list of favorite outdoor activities. Storrie Lake immediately moved to the top of my list to visit.

Storrie Lake State Park is the perfect distance from ABQ for a weekend get-away. You can leave after work on Friday and get there before dark. We suggest a stop along the way for a snack at El Parasol.

A long, long time ago when my brother-in-law was still just my sister’s fiancé, he lived in Espanola, NM for a short period of time. He found this little taco stand near where he lived called El Parasol. The food is soooooo delicious. I was just a wee sprout of a kid, when I used to beg my sister to go visit him so we could eat there. 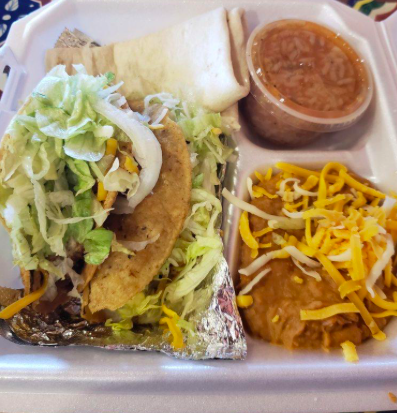 Since then, El Parasol has become a popular eatery with brick and mortar locations in Los Alamos, Espanola, Pojauque and three in Santa Fe. Now that I’m a big plant, I eat at El Parasol every chance I get. The one that R and I frequent is in Santa Fe and happens to be on the way anywhere to the north (including Storrie Lake.)

If you haven’t eaten at El Parasol you must. You. Must. Try. It. 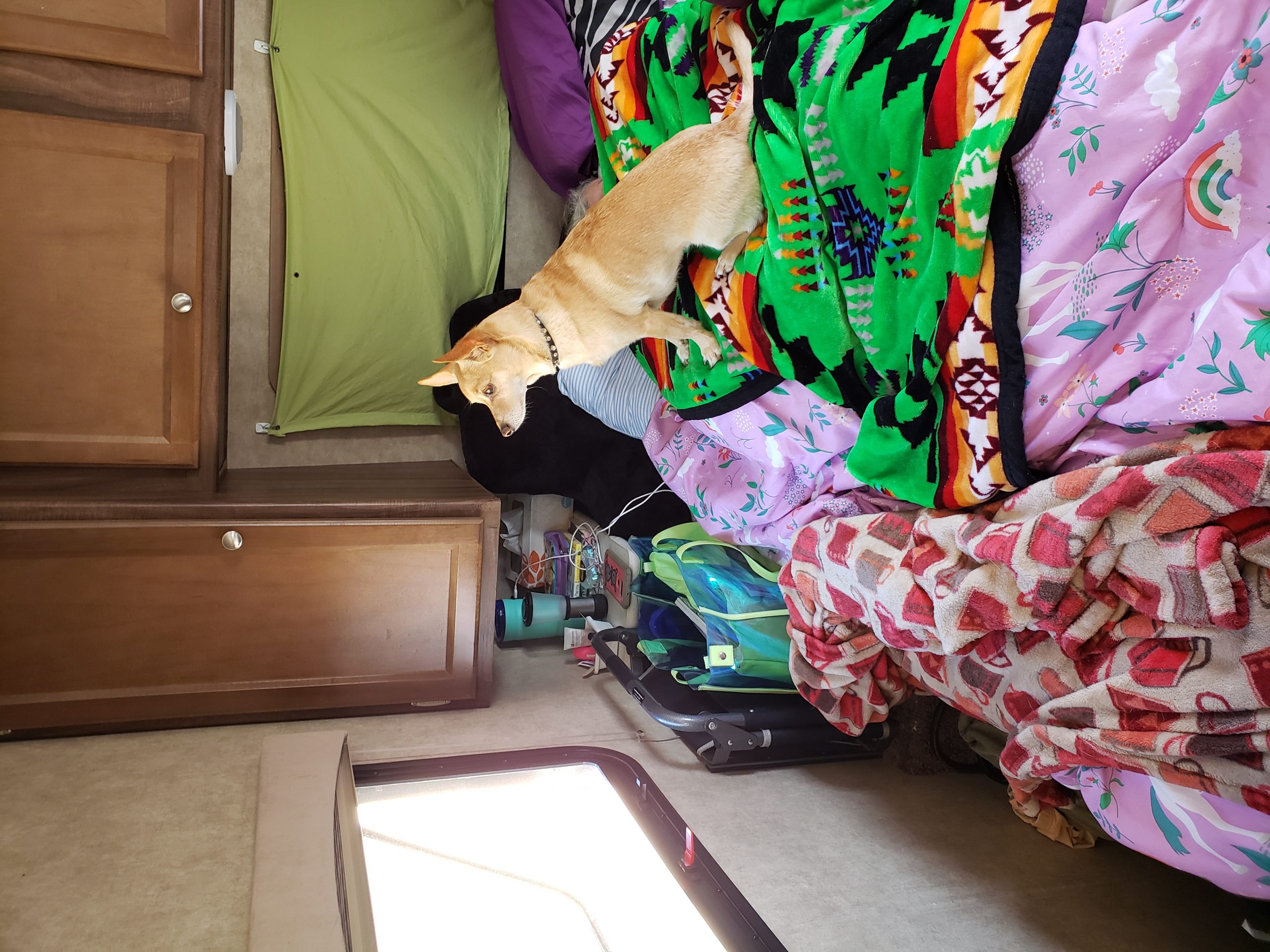 This trip was a girl’s trip, so we took Ellie and Lulu and the boys stayed home. Ellie was in doggie heaven because whoever camped before us had an Easter egg hunt and there were a lot of Easter eggs. Apparently Evil Ellie is a better egg finder than humans. The weather was lovely, and I took Evil Ellie for a few long walks (Lulu does not enjoy walks). We walked down to the lake and I sat next to it and read while she alternated between sitting in my lap and sun bathing, rolling in the dirt and sun bathing, and sniffing around (on her long leash).

Since going back to real school, we have to leave after I get off of work, so we need to pack quickly.  We facilitate leaving after work and arriving at our destinations before dark by packing the night before and using a lot of checklists.

We got to Storrie Lake at about 6. The state park was easy to locate and it is very near Las Vegas, NM. The RV Park was well marked, each site in the loop that we stayed at (the electric loop) was a  pull through and quite large. They were nice and spread out and we had plenty of privacy. We were there in the spring so there wasn’t shade yet but I’m sure when the trees have sprung their leaves the sites are nice and shady. Each RV site had a shade structure with a nice picnic table in it. The sites had fire rings with grill racks. We stayed at the electric loop which wasn’t very close to the water. There was another loop that just had water hookups and it was right next to the water.

It was lovely. The whole State Park was lovely. The park had a convenience station (which I am beginning to realize is a bathroom that has flush toilets and usually has showers and sinks) but it was closed so I can’t give a review of it. I’m not sure if it was closed for the winter season or closed due to COVID. There were vault toilets at all of the loops I saw. There was an easily accessible dump station near the exit of the park. The park is very near Las Vegas, NM and it was quite close to a fairly busy street and next to a little housing community so there was a lot of traffic noise. The night sky was not as dark as it could have been, but star gazing was still pretty good. In the lake you could fish and take non-motorized boats (when the lake is fuller you may be able to take motor boats) and swim. It was a cute little lake. Nothing like Lake Havasu or the Salton Sea but it was nice for being in New Mexico.

These have a lot of names but this is what WE call them, and they were always one of our favorite treats, both in tent camping and RV-ing. 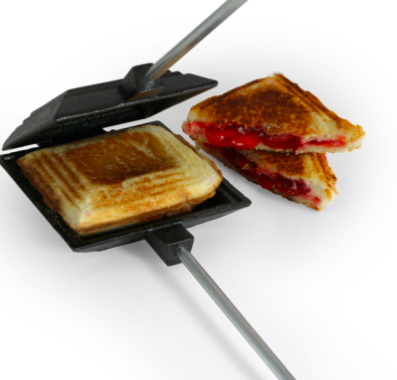 Campfire sandwich maker (this is the one I use)

… that are super easy to use in the RV

Options:  You can use store bought pie dough in place of bread but that must be refrigerated.

I imagine you can also make the pies using the buttered bread and pie filling and wrapping it in tin foil and cooking it on hot coals or the charcoal grill but I’ve never actually tried that.

Camping at NM state parks costs $10/night, $14/night with electricity. But with the annual camping pass, you camp for free or for $4 with electricity hookup. R’s family got us one for her birthday this year and we are using it to death!

We use a lot of check lists & feel everyone else should too.

___Things to check we have in the RV

___Things to check before we drive

___Things we need to re-stock  for next outing (We keep a list in the RV and add to it as we go.)

You get the point.

Did you enjoy this blog? Was it helpful? Do you want more?

Visit the store for more fun (and necessary) stuff!

Some of our favorite products: